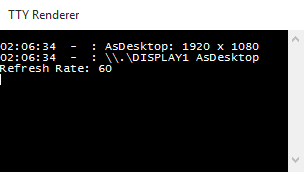 In vvvv errors typically don't break the system. To see if your program experiences any troubles open a TTY Renderer which acts as vvvv's error console.

In fact it is a good idea to always have a Renderer (TTY) open to be aware of possible problems. Even if you don't understand what a particular error might suggest it may help people on the forum to understand your problem if you post the error there.

When the TTY Renderer spits out an error similar to this:

you can find the exact node causing this problem by using the Finder as follows:

The sequence "/73/245/178/56/101/84" in the error message above is a path of node IDs from the root) to the actual node causing the problem. In order to find the node you start in the root and type "# 73" into the finder. This will show you the ((subpatches) to open. In this subpatch again you use the finder now to find the second ID from the sequence by typing "# 245" in this example. Continue doing so until you reach the last ID which will point to the erroneous node.

A red node has either of 4 problems:

In the latter case you'll find the pin colored in red as well and can go there to choose a different value if available. Otherwise you may need to install a driver for the device you're trying to control.

If a node is missing, hovering it with the mouse will bring up a tooltip with the path to the file in which vvvv is expecting the node. You can now look for that file on your system and either: 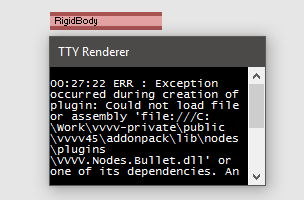 Understand that vvvv and all addons come in two flavours: x86 (=32bit) and x64 (=64bit) and you cannot mix them! On modern PCs you'd typically use the x64 build. Only note that some nodes are missing in 64bit builds which would be a reason to still use the x86 builds.

A node may be perfectly running for some time and only experience an occasional runtime error, in which case it turns red to indicate its problem and lead you to it. You have different options to deal with such red nodes: 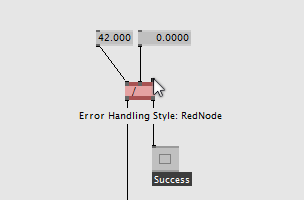 A classic example of a node turning red at runtime is the / (Value) when it computes a division by zero.

A division by zero won't break your program and you can simply ignore it. On the other hand it may give you an interesting hint about another problem in your patch upstream of the node.

Note that some nodes also have a (hidden) Error Handling Style which allows you to choose between coloring the node in red or simply ignoring such situations. Also a (hidden) Success gives you the option to handle an unsuccessful operation in a custom way.

Timing of the nodes 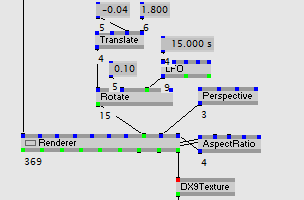 A value in round brackets on a subpatch means that inside this patch not all nodes are being measured, ie. some have been selectively removed using SHIFTCTRLF9.

Consult the Performance page if you're looking for gerneral advice to optimize the performance of your patches. 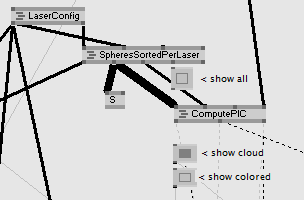 A link can have any of 4 styles:

We hope this to be specifically useful when teaching beginners about spreads or hunting for large spreads or ø.