As we've seen before, the displaying of a texture involves texture coordinates:

The tex2D function takes 2 parameters: the sampler and a float2 that holds the two-dimensional texture coordinate at which the sampler is to be sampled. Texture coordinates range from (0,0) top-left to (1,1) bottom-right. And instead of x and y the two components of the vector are often referred to as u and v. For more details see: msdn about Texture Coordinates.

Just for getting an understanding of the texture coordinates lets visualize them. As their range is between 0 and 1 just like the individual color components of a float4, in the pixelshader function we can simply write:

to visualize the u component of the coordinate as red and the v component as green. 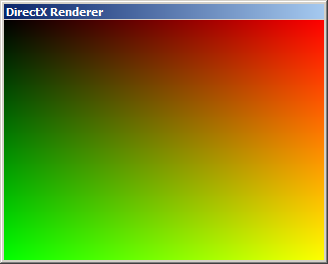 So lets see what happens if we modify the coordinates before using them in the tex2D function: 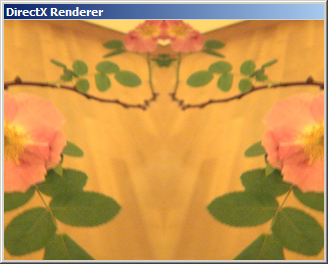 This is where the sampler comes into the game. If you scroll to the top of the effect code you should see the following lines of code, which define the sampler:

The sampler states define how the texture is being sampled. Where the filters define interpolation modes between two pixels the address states define how texture coordinates beyond 0 and 1 are being interpreted. Try for example the following code: 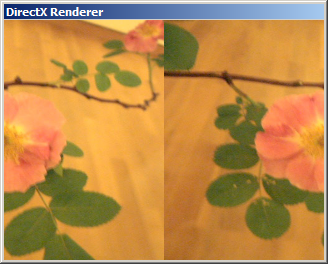 Save and see how the texture is now wrapped instead of mirrored. For a listing of all possible samplerstates check Effect States (Direct3D 9) 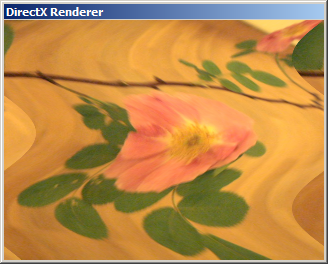 Try an LFO (Animation)s output multiplied by 2 Pi (use the PI (Value) ) on the Phase to see the wave smoothly animated. The 2 Pi are needed here since the sin() function takes the angle parameter in radians which have a range from 0 to 2 Pi. In order to map the LFOs output (0..1) to that range we simply multiply by 2 Pi.

Or consider the texture coordinates as a 2d field you can use to plot a mathematical function, without any texture input: 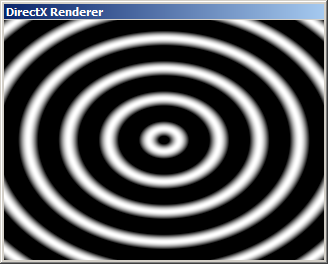 Here the distance of every pixel to the center is computed and taken as input for a sine function.