As part of the Catch the Light program accompanying the olympic games in Athens in August 2004 we've been invited to realize one of the 9 installations that have been setup throughout the city.

The fassade of a building is illuminated by a virtual lightsource that can be played with like a ball thus creating different lighting for the fassade every moment. 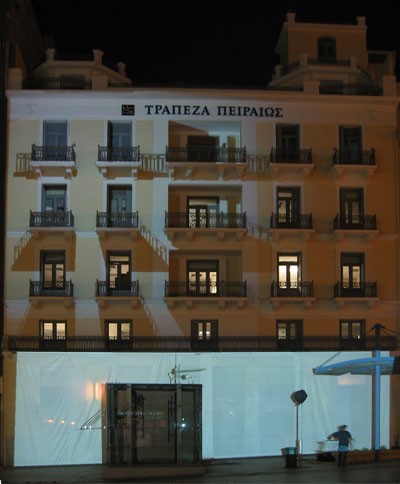 The audience is being tracked by a low latency firewire camera mounted high above on the opposite building viewing the whole interactive zone of about 22m. Direction and power of the users movement is extracted by analysing the video over time. A resulting vector is used to update the lights/balls movement that is otherwise being calculated by a physics engine that also includes the facades geometry in its calculations. Therefore the light/ball can also be caught in one of fhe balconies in which case the game restarts.

The lights/balls current coordinate is always sent to the second pc where it is used to calculate the correct shadows cast by the point-lightsource represented by the ball. Shadows are calculated via custom vertex- and pixelshaders. 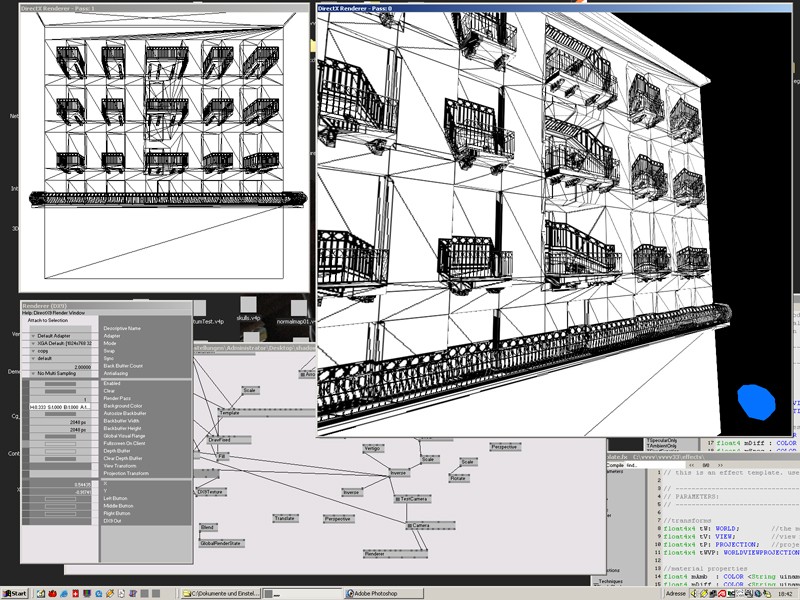 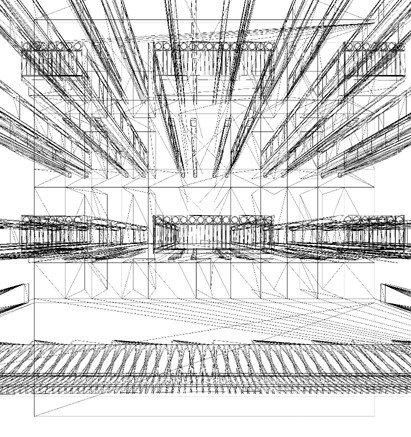